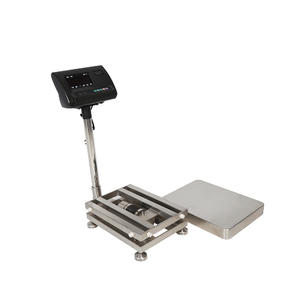 Scales are also called "scales". weighing apparatus. Or all weighing instruments with unequal arms are called scales, or refers to the lifting bar scale to measure the weight of the weighed object by looking at the scale star, or refers to the scale bar alone. In the Warring States period, there were unequal arm weighing instruments. There is no final conclusion when the domestic steelyard began. The unearthed bronze balance pole of the king of Chu state has a scale of ten equal parts. It is speculated that it is used as a sign of hanging weight and heavy objects in different parts during weighing. It is likely to be a kind of weighing instrument when transitioning from an equal arm balance to a pole scale. After the Eastern Han Dynasty, it evolved into a scale to see the weight from the Libra.